Comparison between full and lite version of Acronis True Image 2014

Acronis True Image 2014 is favorable for the skilled and unskilled users of computer and this has a user friendly interface and simple to use backup.

The feature that makes it outstanding is it has the ability to sync media, information and images between several devices which are not similar and it also makes changes to back up information continuously. The ample range of options of backup is valued by every user. Though, the users who are inexperienced stay away from many options of configuration. It is frequently stated that these can be dangerous for the new users of PC. To solve this problem two version lite and full are offered by Acronis for the unskilled and skilled users respectively. Most of the advantages of both programs will be discussed in this review.

The installation process of True Image Acronis is very simple and it is represented by a screen which says ‘Get Started’. This program consist all the features of backup and recovery.

Protection to data, picture, songs, email, contacts, calendar, and media is offered by Acronis True Image and all these can also be stored in your selected method of storage. The option of synchronization to other devices is also added into this. This program is compatible to Windows and also is secured and simple to utilize. The things that is included in the full feature’s are

The latest release is a beta lite version of Acronis True Image 2014. The question which may be asked by you is about the difference between full and lite version. The main thing is that the lite version is mainly for personal use which is less complex than the full version. This is mainly created for the people who are not familiar to technology that much.

The latest version excludes the option to partition disk and email along with the backup of files. Continuous backup and backup online is provided by this version. It is free from the full features of backup but has an incremental backup option. With this version backups cannot be saved in storages like CD, Blu-ray and DVD’s. The wide range of settings of the full version is also absent in here. In the addition a bootable disk cannot be created with this version. Moreover, the options which are only good for the experienced user are excluded from the lite version.

Acronis True Image 2014 can be yet a better choice if a simple to use and lighter program for the backup and recovery of pictures, music, data, media and files. This software is good because a whole knowledge of the system of backup is not needed to use it. You just need to keep in mind that your changed data is continuously backed up automatically. As this program excludes all the features that are complicated so it is very simple to use.

Acronis True Image Lite version is ‘Press and Go’ version as don’t have to think about the configuration and you also will be free from the fear of pressing wrong button.

The ‘Nonstop’ backup button is only needed to be clicked to do backup with this version. After this select the folder and destination and there is nothing you have to further do for backup. These backed up files are secured as they are rescanned for five minutes. 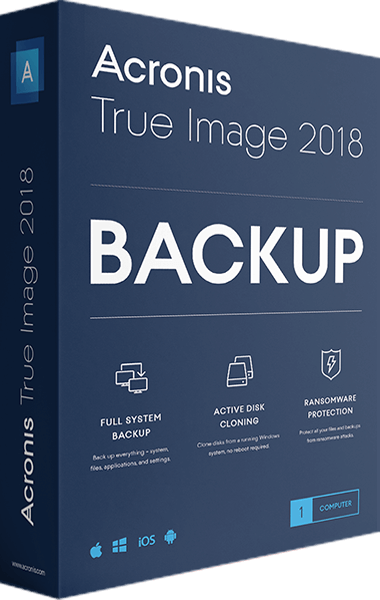