Finally get an overview of hard disk usage!

O&O DiskStat 2 offers a Windows-Explorer type interface and a whole range of options to track down sources of wasted space. 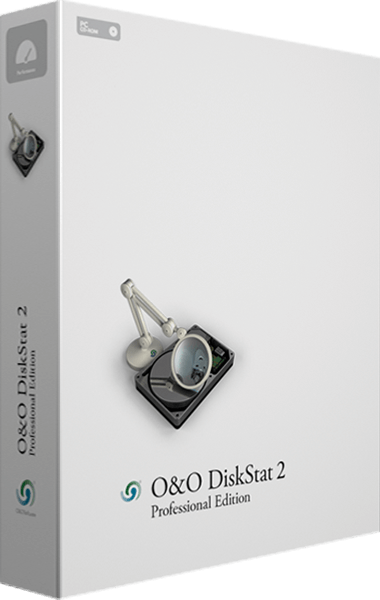 O&O DiskStat gives you a concise overview of the disk usage on your computer. The product makes it simple for you to track down those files and folders that are taking up too much space on your hard disk, and causing your computer to slow down. This versatile tool offers a Windows-Explorer type interface and a whole range of options to track down sources of wasted space.

The extensive monitoring of drives, folders, and files is made easier through a variety of displays. This can be seen, for example, in O&O DiskStat presenting the Top 10 of the largest files on a computer.

As one of the most important features, the Server Edition gives you the option of analyzing network drives. When viewing, it’s also possible to have a display arranged according to owner so that you can see if individual users are taking up too much space. The results can be saved as reports in either XML or HTML format. This allows administrators to recognize early enough when the hard disk memory is full so that they can either begin a targeted clean-up or start planning for new hardware.

Monitor disk space across a network

The new O&O DiskStat Server Edition, working together with O&O Enterprise Management Console, is your best friend when it comes to analyzing the usage of hard disk space on servers and workstations across a network. With just a few clicks, you’ll be able to detect the hard disks that are heavily occupied, and the data being saved on them. In no time at all, you’ll easily see where valuable disk space is being wasted by the storage of useless data, or recognize just the opposite: too much storage capacity containing far too little data. Factors like these are responsible for unnecessarily driving up your IT costs but now, thanks to O&O DiskStat 2 Server Edition, it’s easy to avoid and reduce their negative effects.

Set a schedule for receiving reports from every computer across your network and stay better informed of what’s happening in your environment. The various charts will let you quickly recognize which computers are having trouble with their storage capacities and from where the high memory consumption is stemming. You’ll be able to determine at which point of disk space usage the computer should be labeled as “critical”. Doing so will provide you with an early warning of any storage problems on workstations and give you time to take appropriate action.

Copyright © 2020 www.find-your-software.com
All trademarks and brands are the property of their respective owners